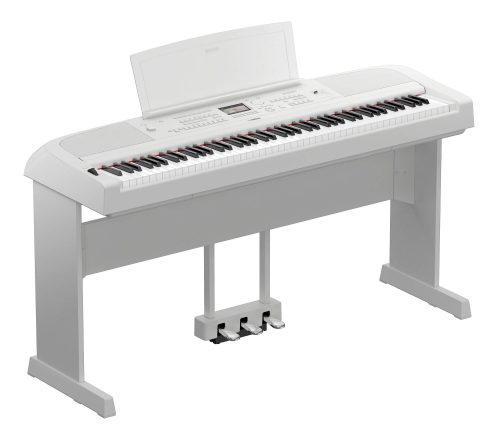 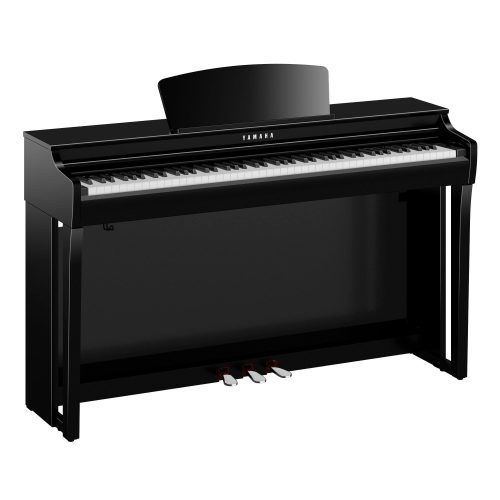 The CLP Series of digital pianos utilizes cutting-edge technology to recreate the experience of performing on a grand piano, allowing the pianist to play the keys with many variations of speed and depth to achieve an unlimited variation in tone and create uniquely personal performances. With expressive capabilities approaching those of a grand piano, the CLP-700 Series is sure to make playing the piano so much more enjoyable than ever before.

Notify me when back in stock.

Everything you could want in your first piano. Grand Expression Modeling delivers expressive capabilities approaching those of a grand piano, along with the voices of two of the world’s finest grands: the Yamaha CFX and Bösendorfer Imperial.

Yamaha’s latest keyboard action features a broad dynamic range and faithful response to every nuance of touch that puts a wide expanse of tone—from delicate to bold—at the pianist’s fingertips. The highly consistent grand piano hammers replicate the pleasing response felt when the hammers strike the strings, enabling precise control of the tone.

Highly absorbent synthetic-ivory white keys and synthetic-ebony black keys prevent slipping even during extended play and feel just like those of a grand piano.

The escapement mechanism in a grand piano moves the hammers away from the strings quickly after they strike them, in order to prevent any interference with string vibration. This mechanism produces a slight clicking sensation when the keys are pressed gently.

The Clavinova keyboards feature an escapement mechanism that reproduces this sensation near the bottom of the key dip. They have been designed in such a way that the click is discernible only on the lightest keystrokes, similar to the keyboard of a grand piano. These keyboards have been adjusted to provide additional friction that balances key repetition and response without impeding performance.

Clavinova pianos boast excellent playability and versatile functions, along with a refined, authentic design that blends a compact form with modern aesthetics in a manner befitting the instrument that sets the contemporary standard for pianos. At the heart of the Clavinova design concept is the way the player feels when they take their seat in front of a Clavinova piano. Unnecessary elements are removed from the player’s field of vision to create a convincingly natural space that feels just like sitting at an acoustic piano. This represents Yamaha’s consideration to players who practice on Clavinova and perform on grand pianos—they are able to take the stage free of tension or worry because everything feels normal, as it should. A Clavinova piano is a part of the player’s everyday life—contemporary accents and color variation are available to mesh with any interior design or lifestyle.

Clavinova grand piano sounds are recorded from several world-renowned concert grand pianos. One of them is the CFX, Yamaha’s top-flight concert grand piano, which has been newly sampled for the CLP Series. Pianists around the world are enamored with the impressive, dazzling, richly expressive sound of the CFX in concert halls. Another sampled concert grand is the Imperial, the flagship model of Bösendorfer, a time-honored Viennese piano brand with an ardent following. The Imperial is known for its abundance of color and natural, warm feeling. Yamaha faithfully reproduces the idiosyncrasies of these concert grand pianos by carefully recording the entire tonal range of each of the 88 keys, making minute adjustments to capture the most harmonious tones each piano has to offer.

One of the allures of the grand piano is the sympathetic resonance created by the vibration of the entire instrument. Clavinova pianos elaborately reproduce this rich sympathetic resonance through a groundbreaking technology called Virtual Resonance Modeling (VRM). VRM creates a richly varied sound by simulating the complex sympathetic tones created when the vibrations of the strings are propagated to the soundboard and other strings, corresponding to the timing and intensity of key playing and pedaling. CLP-700 Series pianos even replicate the sounds the dampers make when they are raised off the strings, in addition to the resonance of the duplex scaling, strings, soundboard, and case. Clavinova pianos allow you to enjoy the same momentary dynamics and deep sympathetic sounds that are produced by the entire body of a grand piano.

Get more with the Smart Pianist app

Enjoy the piano more with Smart Pianist, a dedicated app that adds a beautiful graphic interface and a variety of incredible features to your compatible Yamaha digital piano.

The recording function featured in Clavinova digital pianos allows you to record your performances* with a single touch, which is useful when you want to review your playing objectively. Additionally, you can record up to 2 tracks for simultaneous playback, so different hands can be recorded separately or overdub parts with different voices.

*Recordings are made in MIDI format. Compatible software is required for playback of recorded data on a computer. 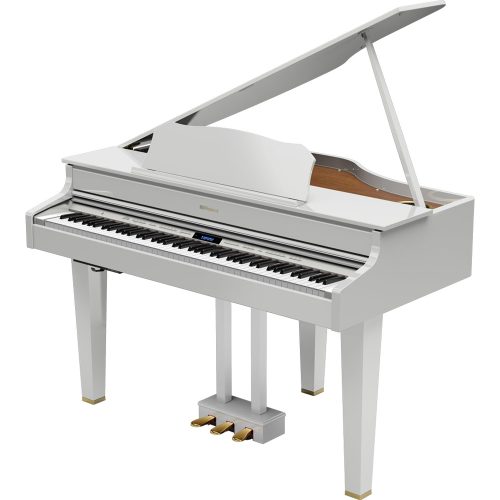 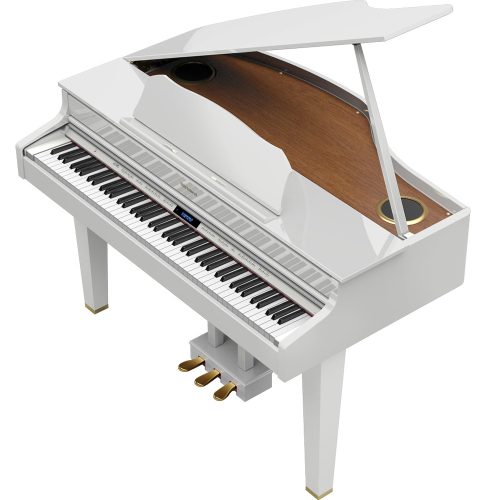 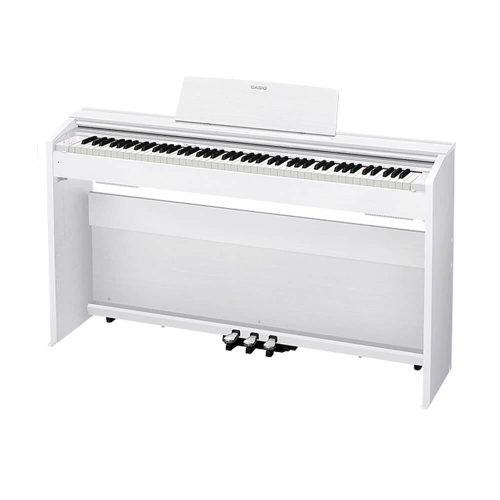 $1,899.00
The Privia PX-870 is the flagship of the world-renowned Privia line of digital pianos, designed to give you a true
Add to wishlist
Brand: Casio 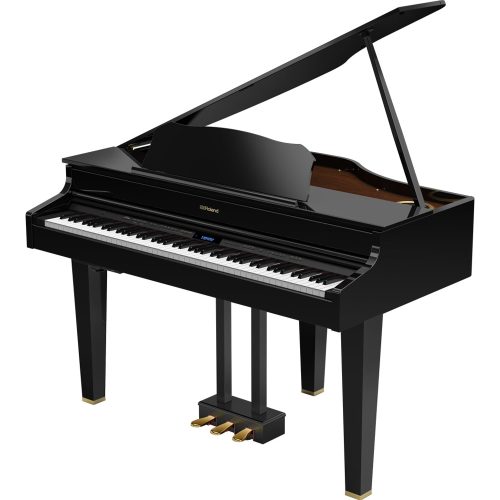 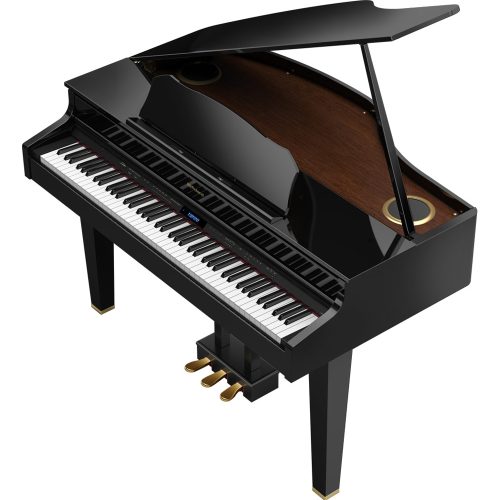 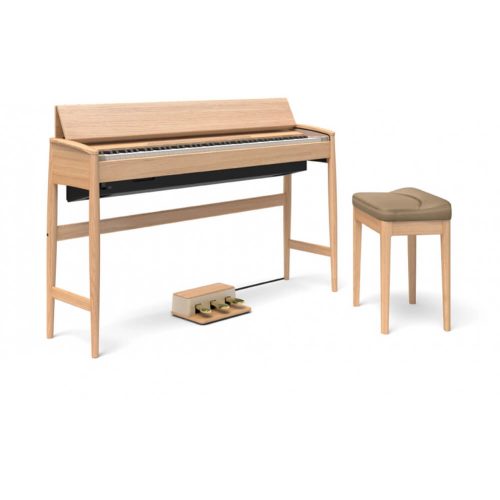 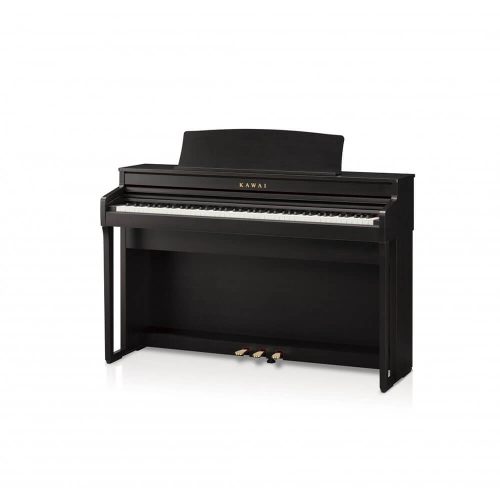 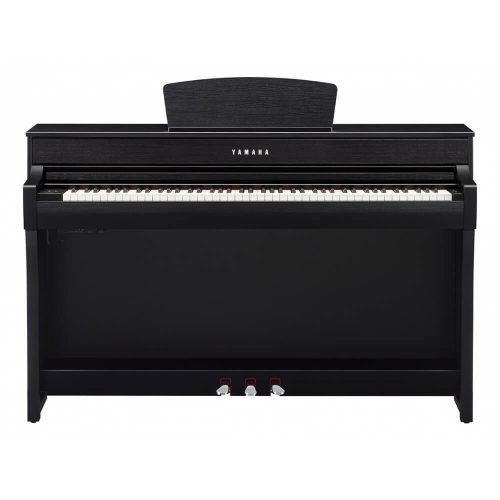 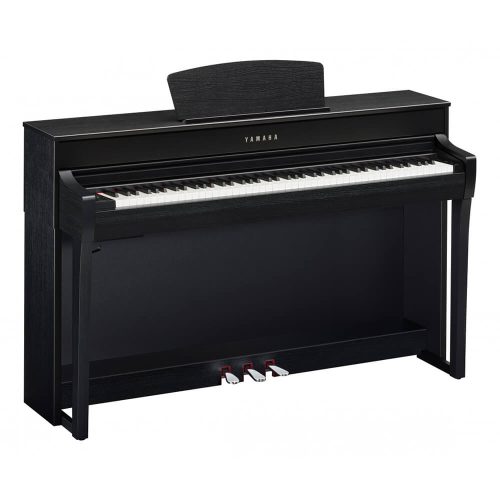 $3,199.00
The CLP-700 Series converts the slightest variations in touch into a limitless range of sound that captures your individuality as a musician. Thanks to the latest technology, the CLP-700 Series is as expressive as grand pianos, and offer a more wonderful playing experience than ever before, taking your expectations of what a digital piano can do to higher heights.
Add to wishlist
Brand: Yamaha 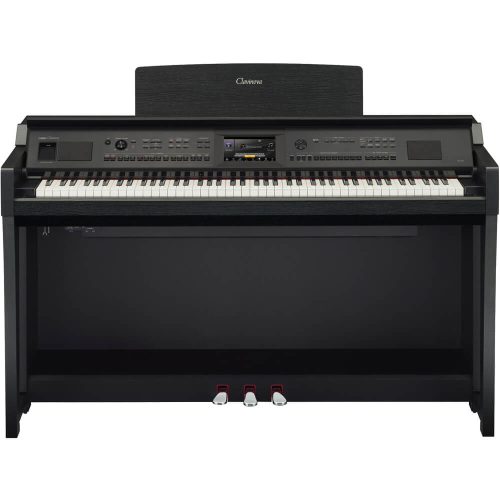 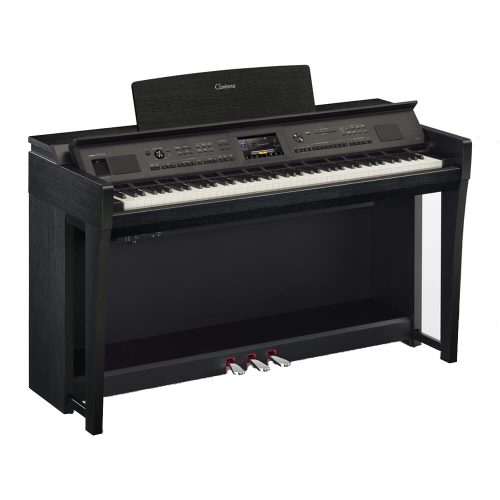 Featuring incredible samples from the CFX and Bösendorfer’s legendary Imperial, the CVP Series allows you to enjoy great-sounding performances with polished introductions and endings, dramatically improved tones, delivering authentic accompaniments that will enhance your playing across a diverse range of musical genres. Connect your way to various devices via Bluetooth (built in), WiFi or USB.
Add to wishlist
Brand: Yamaha 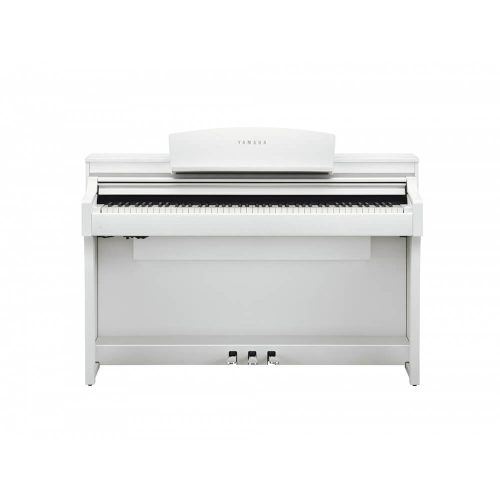 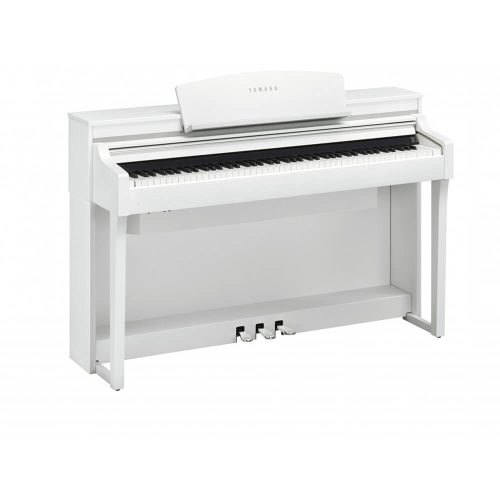 $3,595.00
With an authentic sound and the response of a real wood keyboard, this is a high end model designed to interact with your Ipad and the Yamaha Smart Pianist App.